“Momma! I just learned something!”
My sweet Ali says as she runs into my room.
“What’s that babe?”
“I learned that it doesn’t matter what you wear! You can wear what YOU want to wear; what matters is what’s in your heart!”
“Yes, baby! That’s exactly right! I’m so glad you learned that.”
“I used to fink people only would like you if you were pretty. But now I know it doesn’t matter! It’s just what’s in your heart!”
“Why did you used to think that, baby?”
“I don’t know!”
And she runs off to play…

Why DID she used to think that? We intentionally say otherwise in our house, so where does that teaching of beauty and outer appearances mattering more than the heart come from?

“the LORD said to Samuel, “Do not look on his appearance or on the height of his stature, because I have rejected him. For the LORD sees not as man sees: man looks on the outward appearance, but the LORD looks on the heart.” 1 Samuel 16:7

Apparently, it’s just human nature. To make snap judgements based on outward appearances. It’s wrong. And yet it’s what we do–especially when we are letting our flesh rule our spirit….

But God through His Son, calls us to live differently doesn’t, He?

“Do not judge by appearances, but judge with right judgment.” ~John 7:24

I know a lot can be said about this topic, but I don’t think I could say anything that hasn’t already been said. So I’ll leave you with that. 🙂 And this: 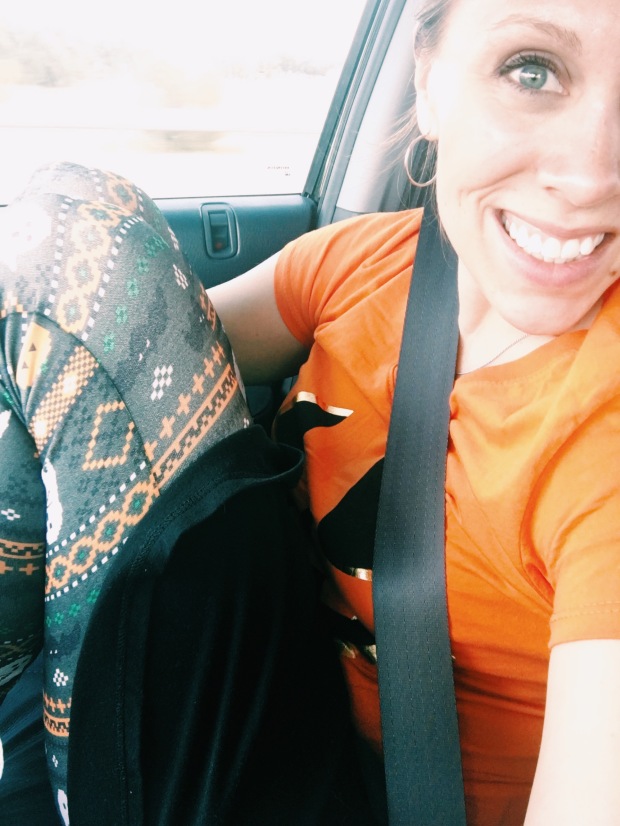 Today, I’m taking advice from my daughter (who LOVES Halloween, btw), and am wearing what I want to wear strictly because I want to wear it. I am Halloween down to my socks y’all! And it’s stupendous. 😁🕸🕷🍂👻🎃